This round picks up from the last issue on the double seven festival or the Chinese Valentine Day. You have been acquainted with the love between Niu-Lang and Chi-Nu, the later is also known as Qi-Jie (pronunciation in Putonghua), the seventh sister. Here is a version of the same love story told on the 15th day of the 8th month of the lunar calendar or 19th September 2013.

On the 15th day of the 8th lunar month the moon is full and every child is told by his grandmother, or grandaunt if he looked at the moon then he would see a woman called Qi-Jie in a flowing long gown, a fairy who descended to earth and fell in love with a cowherd, Niu Lang. Against the wishes of her fairy mother, she married Niu-Lang. Her terribly angry mother banished her to work on the moon forever. Only a white rabbit was permitted to alleviate her loneliness on the moon.

Qi-Jie banished to the moon 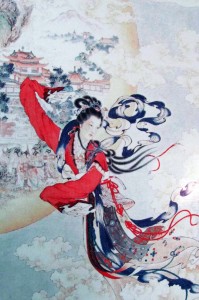 On this occassion the Chinese in Malaysia offer boiled water caltrops which are imported, cooked taro and very sweet mooncakes while it in China it was tradition to offer their harvest: apples, pears, grapes, pomegranate, rice, to name a few. It was the traditional Chinese form of Thanksgiving Day dating back to the Shang Dynasty 2000 BC-1066 BC. They thanked the Moon Goddess for the bountiful harvest and to celebrate the family reunion. This festival is also known as Mid-Autumn Festival.

Here is a photo of  a water caltrop 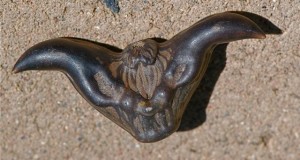 A good photo from http://blog.growingwithscience.com/2011/04/seed-of-the-week-water-caltrop/

Starting from the Zhou Dynasty 1066 BC – 221 BC the villagers held ceremonies to admire the full moon and to prepare themselves for the winter. Later mooncakes were baked and sent to relatives as a reunion gift. Traditionally each month of the year is represented by one mooncake making a total of 12  except in a leap year, then the thirteen months in the lunar calendar would be represented by a pyramid of thirteen mooncakes.

Nowadays, this is a month where the modern Chinese merchants could raise their sales income significantly by offering various kinds of mooncakes and other goods for the ceremony of making an offering to the Moon Goddess.

The mooncake with double yolks below 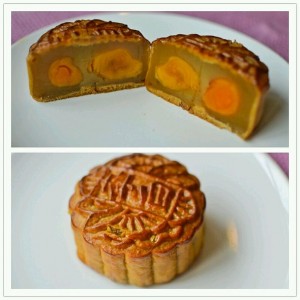 were in my childhood days most in demand.

For children the shops provide the following pig-shaped moon cake in a cage : 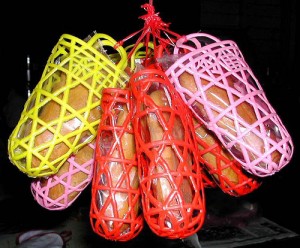 There is a huge variety of lanterns for the young and the old to be carried around and shown off and to be in a lantern procession.

Lanterns in a sales stand 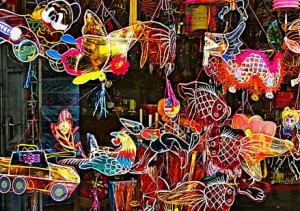 One of the more common lanterns 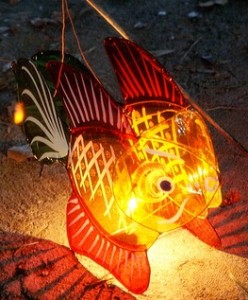 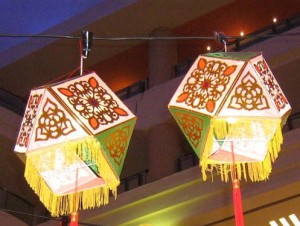 Although the modern Chinese household no longer produces its own mooncakes, it is believed that they originated between 1280 AD – 1368 AD in the Yuan Dynasty when China was under the yoke of the Mongoliens. The unhappy rebels conscripted the help of the villagers to bake mooncakes with the plan of their revolt hidden in these cakes which were then distributed throughout the country. Consequently on the night of the festival these rebels managed to overthrow the government and to establish the Ming Dynasty.

Here is my personal mooncake mould 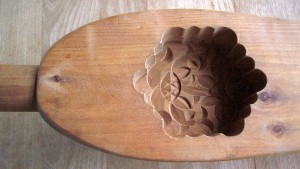 8th Offer in the Year of the Snake

is scheduled for October